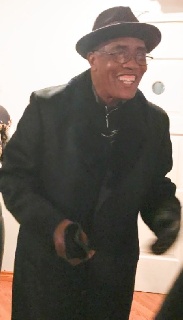 Biography: Funeral Services for Matthew Thompson Jr. 75, will be Saturday, September 21, 2019, 11:00AM at Shiloh A.M.E.  Church 1310 29th St. Galveston Texas.  Rev. Kevin Hodge Pastor, and Rev. Cassandra Mkwanazi Officiating.  Visitation will be Saturday 9:00AM – 10:50AM at the church.  Interment will be at Mims Cemetery in the Mims Community.    He was born in Galveston, the son of Matthew Thompson Sr. and Zella Mae Thompson. He was the first of two siblings; David Thompson and Barbra (Quincy Myles). Matthew was known by his family as “Billy” and to his friends he was “Muff”.  He attended Galveston Independent School District and graduated from Central High School class of 1962. He later attended Texas Southern University for 2 ½ years with interest to pursue a degree in Pharmacy. Matthew also served his country in the United States Army and fought in the Vietnam war, after which he became part of American Legion Post 614.  He worked for the city of Galveston Sanitation Department for 21 years, he drove taxis and also worked for Galveston Daily News.  Matthew accepted Christ early in his life at Shiloh AME Church where he was a faithful member until his departure. He worked diligently in the church as he was a member of the Trustee Board, Finance Committee and worked closely with the Lay Board.  As a young man, Matthew met a beautiful young lady, Kathryn “Diane” Clark. They were united in Holy matrimony October 18, 1975. His love of family was exhibited in his 4 children Terry Clark, Pleshette (Cisrow McClain), Regena (Ryan Spivey), and Sheena (Adrian Worsham).  To share in the memory of his dedicated life and continue his legacy he also leaves behind 10 grandchildren; Nyrita Thompson, Jalisa Thompson, Cisrow McClain III, Chenyia (Vincent Synder) Trenton Clark, Daedrian Worsham, Adrian Worsham II, Kenley Worsham, Laila Spivey and Kali Spivey; three great-grandchildren; Jakyah Thompson, Bryce McClain and Jakayla Blackmon.  He was preceded in death by his father, Matthew Thompson Sr., his mother, Zella Mae Thompson and his sister Barbra L. Myles. He leaves behind his brother David Thompson, three brother in laws, three sister in laws, his mother in law, along with a host of nieces, nephews, cousins and friends.  Active Pallbearers:  Manuel Herron, Albert Bernard, RoShawn Pope, Michael Stinson, Siun Thomas, Corey Clark.  Most Sacred Arrangements entrusted to Gardner’s Funeral Home 507 W. Orange, St.  Angleton, Texas  77515.   Messages of sympathy and support

We are Praying your Family.
Top